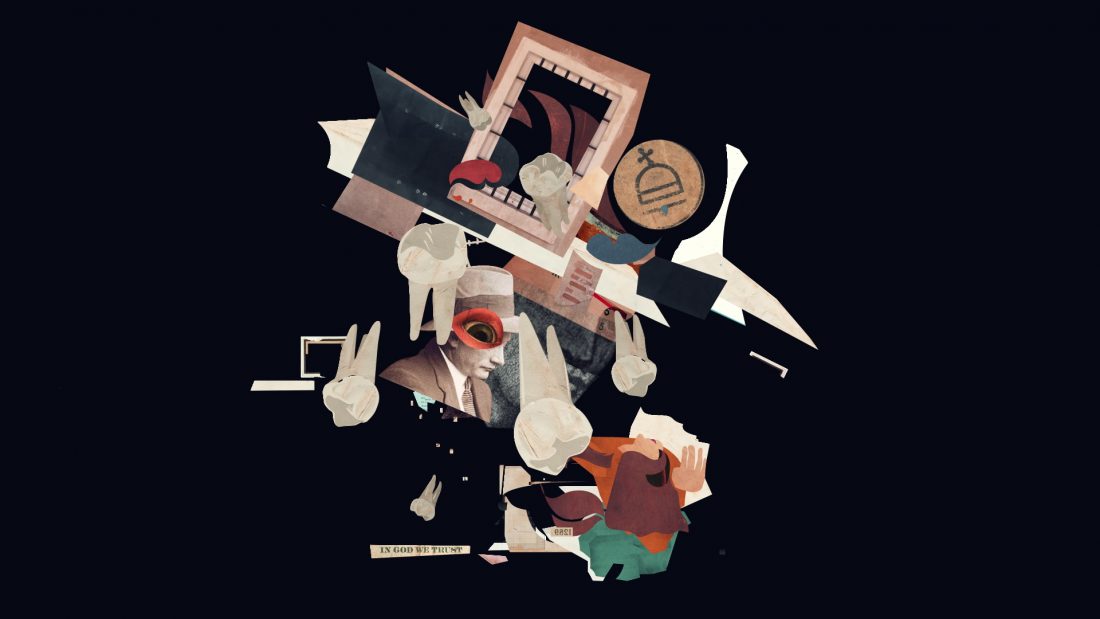 “Love is fear (H αγάπη είναι ο φόβος) is a short animated film based on the poem, that was crafted by Manolis Anagnostakis and was included in the collection Seasons 3 (Εποχές 3). This short animated piece aspires to express the struggle to retain ones sensitivity disregarding the cruelty within the society and to emphasize the diachronic character of the poem through a contemporary prism. The visual part is composed of a sequence of illustrations inspired by key-words of the poem and crafted with textures from books and paper. Words are translated into characters and abstract environments floating into the blank. The various materials are connected through motion events, that reflect and follow the poem’s rhythm. The soundtrack has been composed using recordings of natural sounds that was later processed by digital equipment. Through this method we attempt to provide a backbone for the vintage recording of the poet, in order to amplify the textural motion of the video. The main objective of this animated piece is to combine the existed material (written and spoken language) with alternative and contemporary mediums (animation and sound) and invite the audience to preserve and experience the poem by using multiple senses.”