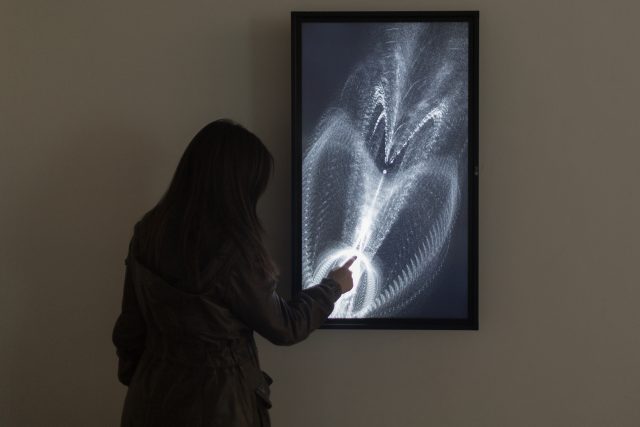 ‘Equilibrium’ is an interactive abstraction, a data dramatization, of the delicate balance in which an ecosystem hangs – a fragile structure, a snapshot of a moment of harmony, amidst chaos and disorder.

The project was inspired during an expedition to Madagascar with the Unknown Fields Division following the trail of global resource extraction into the heart of one of the most unique ecosystems on the planet, exploring the endangered rainforests, mining landscapes and wild west sapphire towns. The country is a popular hotspot for tourists and wildlife lovers, rich in biodiversity with many endemic species and a unique ecology. It’s rich in resources desired by the affluent world such as rosewood, gold, sapphire, nickel and cobalt; and exploited by lawless industries. While the country’s residents live in extreme poverty – with a tradition of unsustainable slash-and-burn subsistence farming – corrupt battles ensue for political power. The land rich with these different types of resources – ecological, financial, social, political or simply subsistence – is pulled apart from all directions, based on the shifting balance of these values.