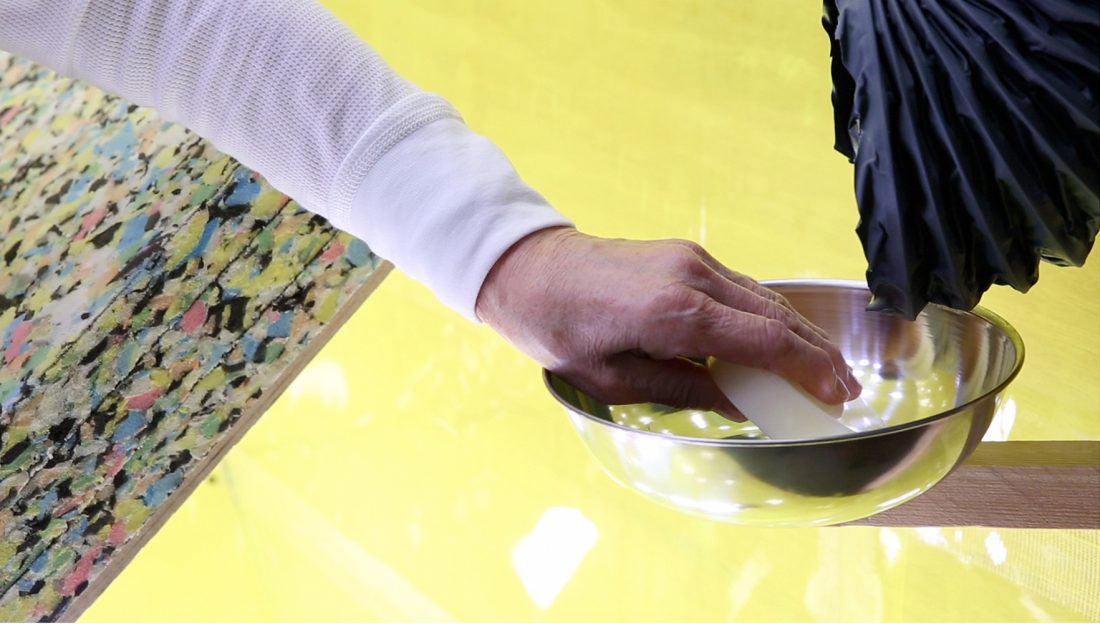 Has our happiness been extended alongside increased life expectancy? When talking about the future, we are inclined to think of fancy technologies, however, the realistic future we face might actually be that of elderly loneliness. Age-related degeneration causes the elderly to form different worlds of living as implied by the term “forced leisure.” I create an imaginary space by grafting the ecology of bees on to the actual living condition of the elderly living alone. In the performance video, the old woman takes daily rationed wax coins, and repeats the act of wallpapering to gradually thicken the wall.