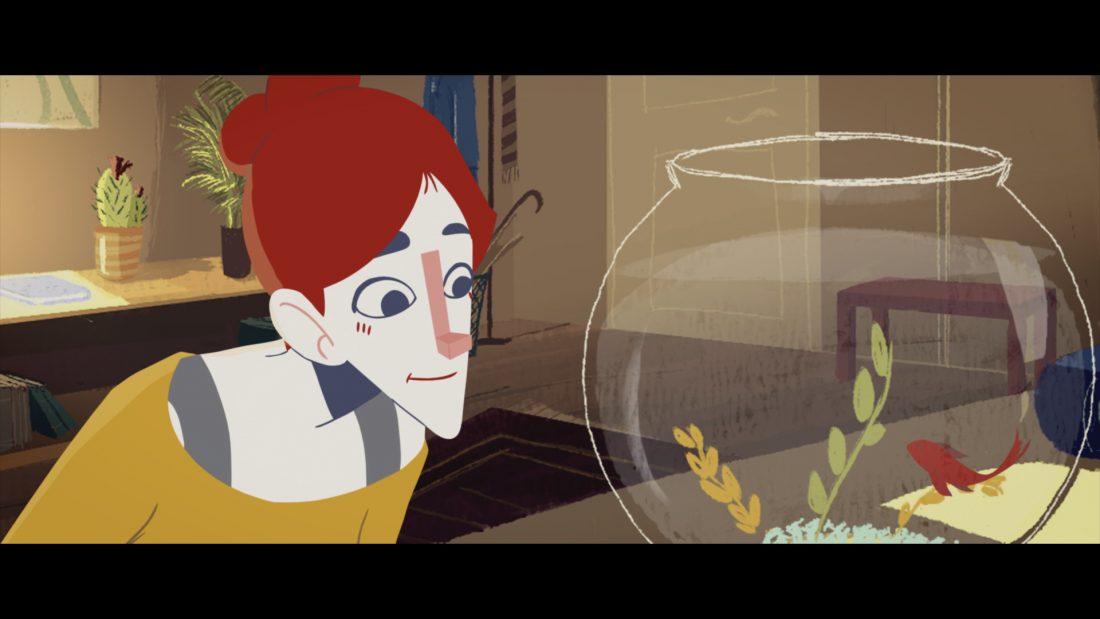 Eva lives a normal life until the technologic company Network puts on sale its new product “B-Blue”, an augmented reality pair of glasses that threatens to end all human contact and interaction as we know it. From this moment, Eva has to deal with advertising harassment and the feeling of being completely ignored by everyone around her.

Graduated in Fine Arts at the Polytechnic University of Valencia she then obtained a master in 3D Animation at the UPV. She did modeling and stop motion animation in the music video “Bailarás en el Infierno” of Conflictivos Production. 2D animator clean up, color and edition of the short film Vida Mía from the studio El Escalón de Julieta. Texture artist 2D and 3D in the feature film project Cuca. Storyboard and design for the Insurrection group’s Freedom video clip. Storyboard and technical script in the short film Patchwork. Direction, production, script, concept art, storyboard, art direction, breakdown, animation, clean up, color and lighting in the short film Invisible.