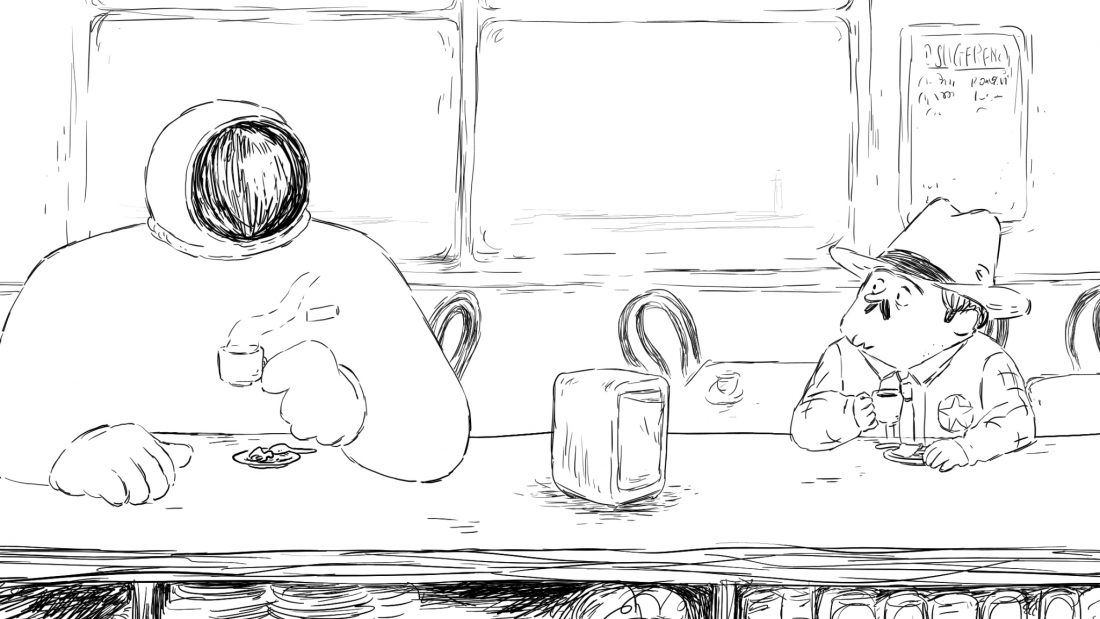 Morning Cowboy is the story of Jose, a regular guy with a regular job. But today he decides that he will dress as a cowboy. Jose will take us into a sensitive story that makes us wonder: are we living the life that we want to live?

Fernando Pomares is a Catalan filmmaker who combines his projects between life action and animation movies. His first feature film, Death in La Alcarria (La Muerte en La Alcarria), was released in April 2015 at the prestigious Visions Du Réel festival, and has been selected at different festivals around the world. He is currently directing the second season of the 3D animation series Talking Tom and Friends, produced by Arx Anima. He is the creator of the animation series for children Anna Filoute, which is currently being developed in France, produced by Les Armateurs and Folimage. He does also teach Film Analysis, History of the Cinema and Direction for the Master’s Degree in Animation at the University Centre of Design of Barcelona (BAU).