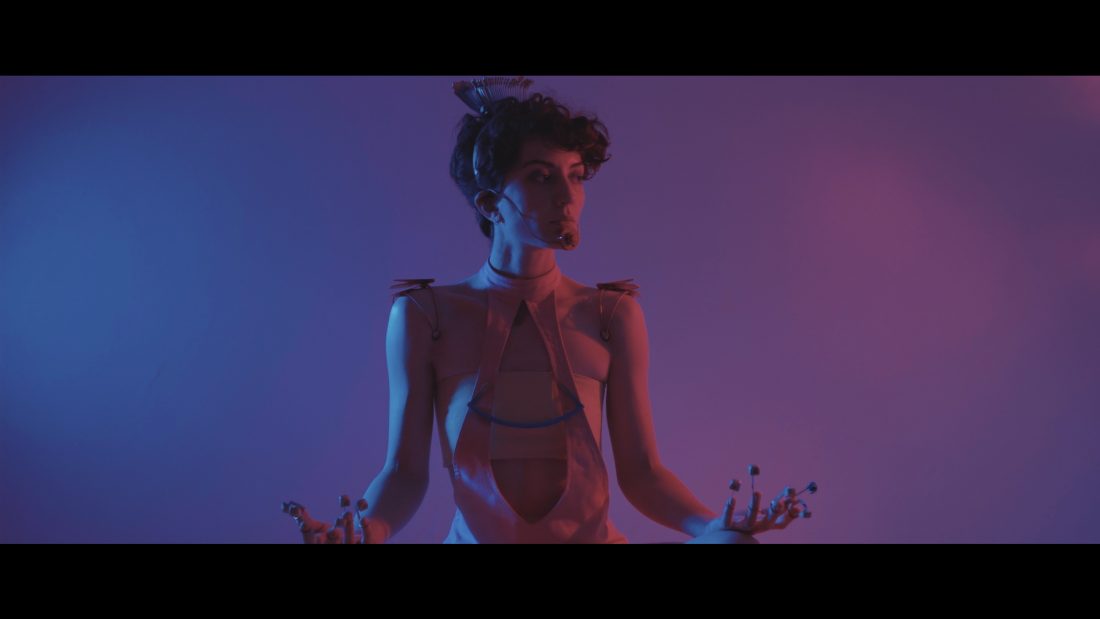 “Man programmed technology unconscious that in the future, technology was going to program man, forming an infinite Ouroboros between them both”. Technolapse is a video art about technolust and its reinterpretation, questioning our ways of doing, since they are molded by technology. The performer, interacts multi-sensorially with a typewriter (mechanic archetype) and with an external manipulation in a game of control, appetite and faith. The reinterpretation is materialized in the form of body extensions. “Heal the mechanization with the same machine, speak with an inner device in its programmed language, and touch the spectator with the same keys”

Fernanda Bertero was born in Quito (1992), a city of contrasts, full of concrete but surrounded by natural paradises. When she was fifteen years old, she won a national drawing award. Two years later, she moved to Italy, achieved a B.A. in Visual Arts at Bologna’s Academy of Fine Arts and exhibited her work in more than three collective exhibitions and in a personal one, titled “Artificial Nature” (biosurrealism, painting and sculpture). Upon graduating, she moved to Barcelona, where she achieved a Masters degree in Design and Art direction. Her research grows between the contrasts of man and his naturally artificial identity and is materialized between those same contrasts, from painting to video art, generating customized techniques for each project. Her interest is to capture the mechanisms and forms with which technology transforms us, so that these processes become more conscious to facilitate their reinterpretation. Today she is a multidisciplinary artist at her hometown, where she is working between visual arts, design and her electronical musical project (Biotrash). She is also a finalist for Premio Brasil, an important contemporary award at Ecuador.