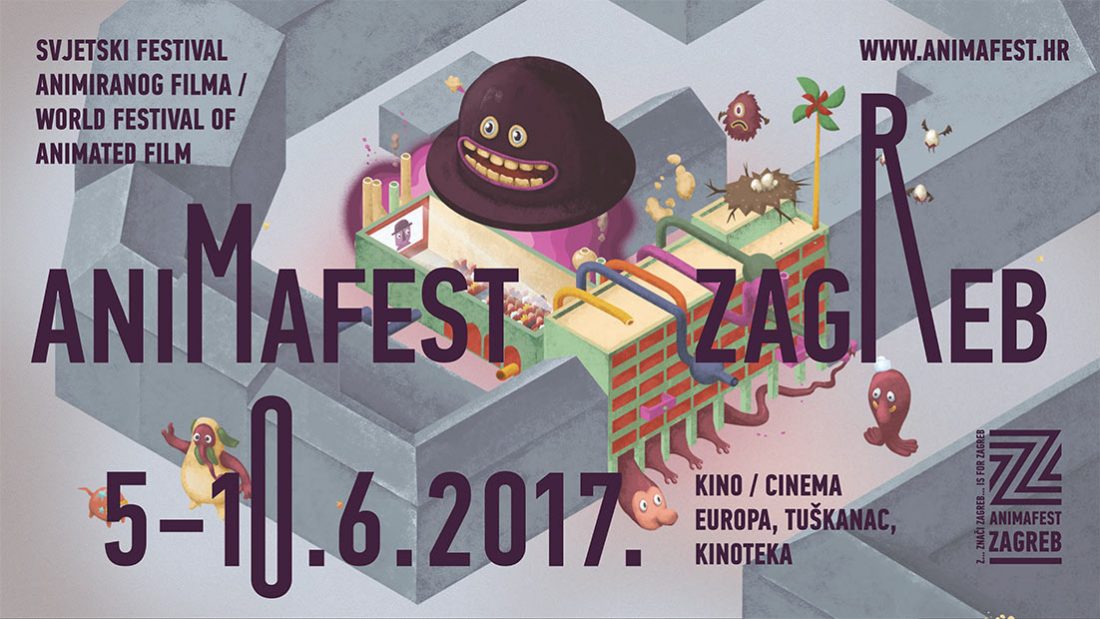 Grand Prix : Špela Čadež (SI, HR) – Nighthawk ,2016, 8:50
A badger is lying motionless on a local road. A police patrol approaches the body in the dark. They soon realise that the animal is not dead; the badger is dead drunk! When the police attempt to drag the creature off the road, he wakes up and things take a strange turn.

Audience Award : Eva Cvijanović (CA, HR) – Hedgehog’s Home, 2017, 10:00
A hedgehog lives in a luscious forest. All the other animals admire but also envy him. However, Hedgehog’s resilient loyalty to his home irritates four insatiable beasts who set out to attack Hedgehog’s home. A thrilling prickly showdown follows. Based on Branko Ćopić’s classic poem, Hedgehog’s Homeis a heart-warming universal tale for all the generations reminding us that, indeed, there is no place like home.

Best Croatian Film : Chintis Lundgren (EE, HR , CA) – Manivald , 2017, 12:57
Manivald is a fox in his early 30s. He is still living at home with his mother. One day a young hot wolf called Toomas comes to fix the washing machine. A love triangle develops between the three of them. Things get out of hand and Manivald realizes that it is time to move out.

Best Student Film : Renata Gąsiorowska (PL) – Pussy ,2016, 8:22
A young girl spends an evening alone at home. She decides to have a sweet solo pleasure session, but not everything goes according to plan.

Best Film for Children : Christina Susanna Nerland (UK) – Leave a Print ,2016, 5:14
After a long winter, a family of arctic foxes shakes off their winter coats only to discover that the paws of their old leader have gone transparent. As time progresses, the transparency keeps spreading and the old fox starts to become isolated from the rest of the pack. When winter comes around, he has become fully transparent except for the paw prints he leaves in the snow. He decides to leave the pack in the middle of the night, but his family follows him, hoping to catch one last glimpse of him before he is gone.

The World Festival of Animated Film – Animafest Zagreb, established in 1972, is the second oldest film festival in the world completely dedicated to animation. Animafest Zagreb always has been, alongside festivals in Annecy, Ottawa and Hiroshima, a part of the obligatory circuit in the animation community’s calendar. Animafest’s Grand Prix winners directly qualify for the Academy Award and the European Animation Award.

As one of the leading international animation events and the only Croatian film festival with such a status, Animafest Zagreb serves as a bridge between the animation scene and the local audience (more than 80 per cent of the selection consists of premieres), but also actively creates it, continually raising the level of audiovisual culture in the society. The Zagreb festival therefore presents the best and latest works competing for prestigious awards and the most relevant and interesting trends. Through entertainment, socialisation and learning, Animafest connects citizens of all generations and respected guests from different parts of the world at a large and colorful festivity paying tribute to animation art.