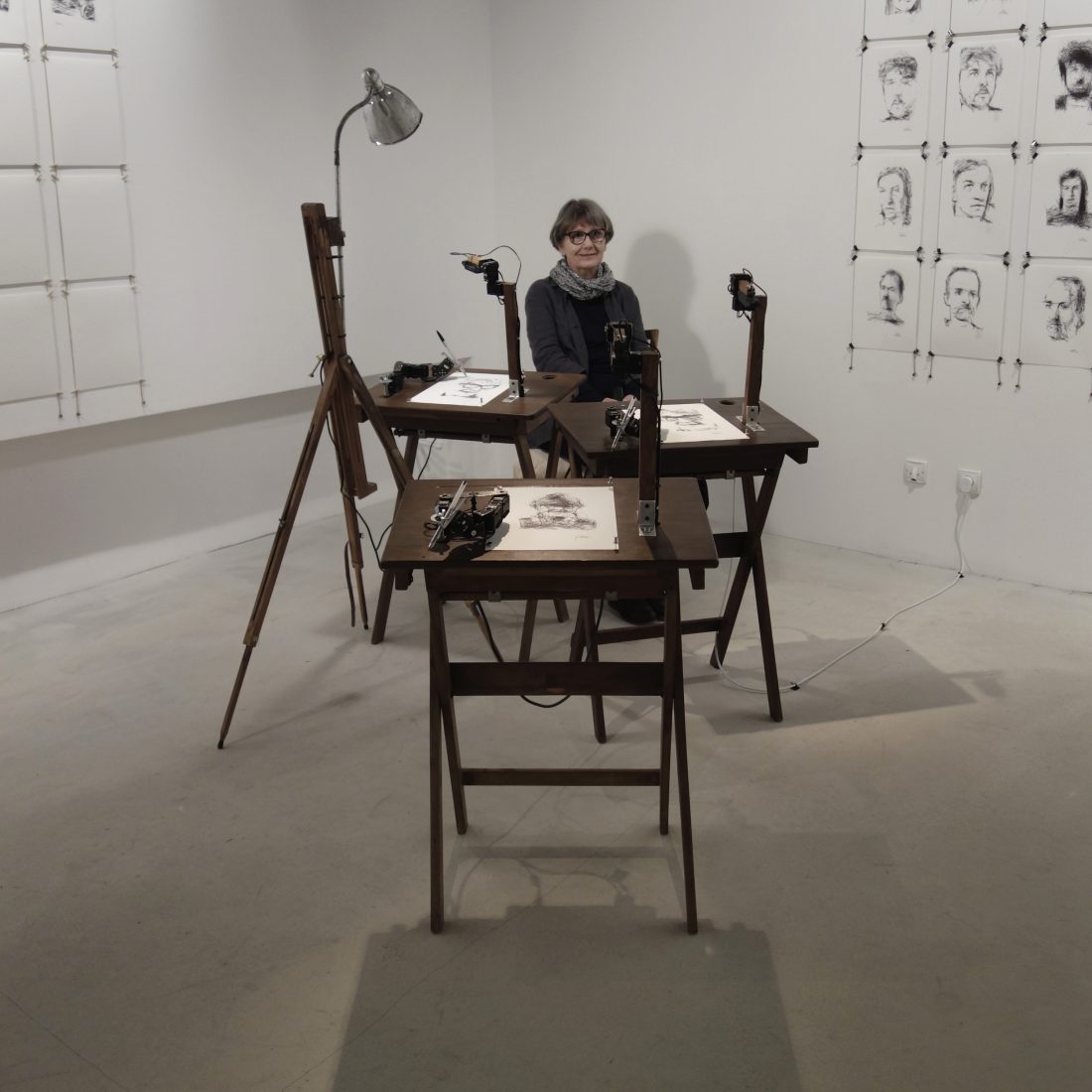 Human Study #1 – 3RNP is a theatrical robotic installation where the human becomes an actor. In a scene reminiscent of a life drawing class, the human takes the sitter’s role to be sketched by 3 robots. The robots, stylised minimal artists, are only capable of drawing obsessively. Their bodies are old school desks.The drawing sessions last between 20 and 30 min, during which time the human cannot see the drawings in progress. The sitter only sees the robots alternating between observing and drawing, sometimes pausing. The sounds produced by each robot’s motors create an improvised soundtrack. As the model in a life drawing class, the human is personality​-less, an object of study. The human sitter is passive, the robots taking what is perceived as the artistic role. Although immobile, the model is active in keeping the pose, for the spectators the sitter is an integral part of the installation.

Patrick Tresset is a London based artist who develops performative installations with robotic  agents as actors. Tresset’s installations use computational systems that introduce artistic, expressive and obsessive aspects to robots’ behaviour. These systems are influenced by  research into human behaviour, more specifically how artists make marks that depict and how humans perceive artworks. Tresset also develops robots and autonomous computational systems to further his exploration of the drawing practice. Tresset’s work has been exhibited in association with major museums and institutions such as The Pompidou Center, Museum of Israel, Victoria & Albert Museum (London), MMCA (Seoul), BOZAR (Brussels), Prada Foundation (Milan)