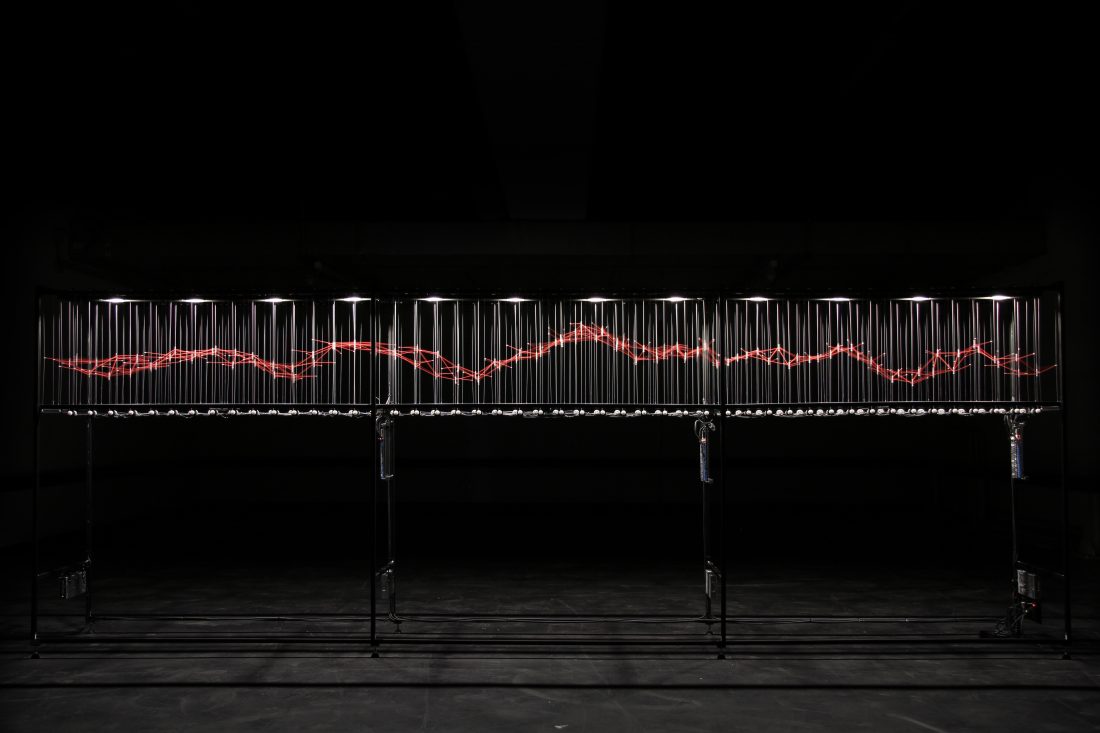 Interface I investigates the relationship of structure and behaviour. A kinetic machinery that implements a complex dynamic system that evolves movements and patterns by the interactions of its parts. The system is a compound of motors, strings and elastic bands arranged in a horizontal mesh of intersecting lines. The mesh couples each element to its surrounding elements in order to achieve some kind of togetherness. A series of geiger-müller-tubes registers the background radiation (radon and cosmic ray showers) of the earth in order to stimulate the mechanical system with independent random impulses outside of the computational realm. Randomness acts as a catalyst for the system in order to enable change and it’s dynamics.

Ralf Baeckeris an artist working at the interface of art, science and technology. Through installations and machines, Baecker explores fundamental mechanisms of new media and technologies. In his representations and specializations of digital and technological processes he offers a poetic sight behind the surfaces of contemporary image making. Baecker has been awarded multiple prizes and grants for his artistic work, including the grand prize of the Japan Media Art Festival in 2017, an honorary mention at the Prix Ars Electronica in 2012 and 2014, the second prize at the VIDA 14.0 Art & Artificial Life Award in Madrid. Since 2016 Ralf Baecker is Professor for Experimental Design of new Technologies at the University of the Arts in Bremen.