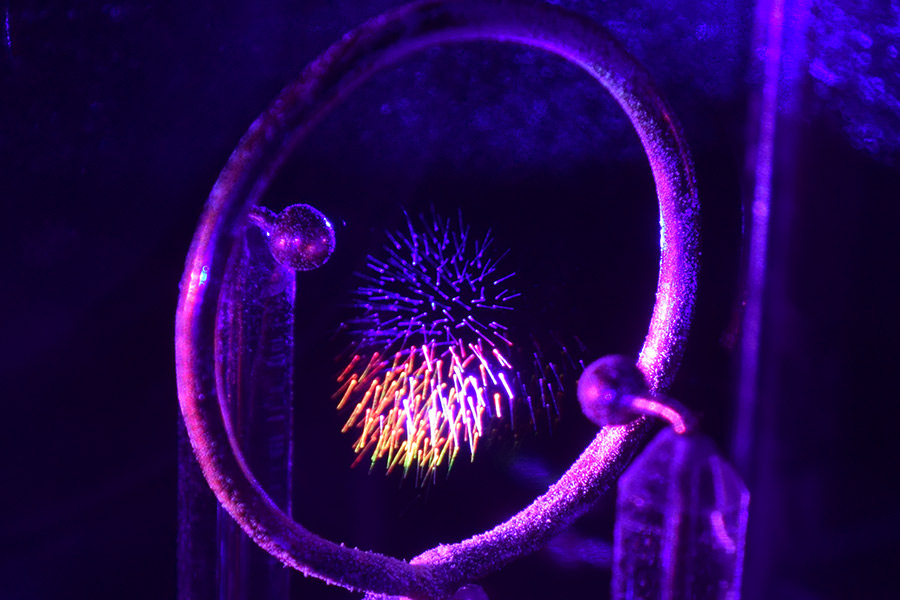 Based on a ring-shaped Paul trap, Ion Hole probes the subtle interactions between coherent light, electrodynamically suspended matter, and nearly negligible gravitational forces. Inside the trap are ionised lycopodium spores that repel one another while being simultaneously pushed towards the center of the trap by alternating electric fields. Consequently, the spores self-assemble into an oscillating latticework known as a Coulomb crystal. By means of laser illumination, a large-scale projection is created, magnifying the spores’ ceaseless orbital dynamics.