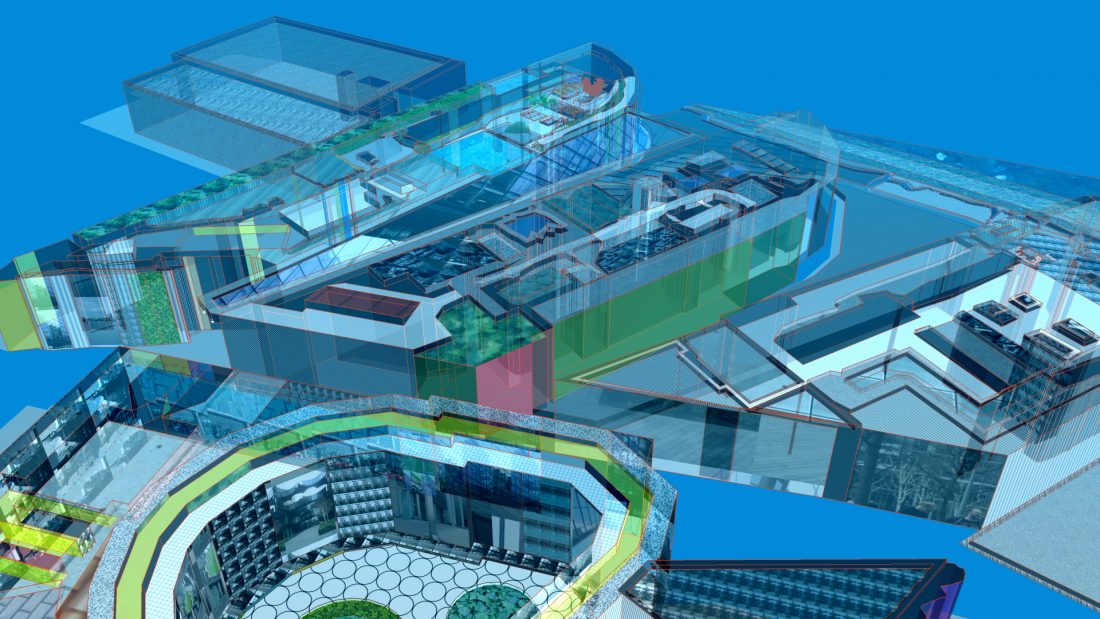 The camera pans through elevated levels of a fragmented and futuristic city featuring sky gardens and empty high-rise towers that humans appear to have left behind. Hybrid architectural models are textured with borrowed/downloaded visuals and smart-phone-camera stills, embedded into their multi-faceted surfaces, whilst online maps of real-world city locations are used as templates to create 3d structures. The film was originally inspired by a journalism article ‘Ghost Towers’ about many unoccupied high-rise towers in the city.