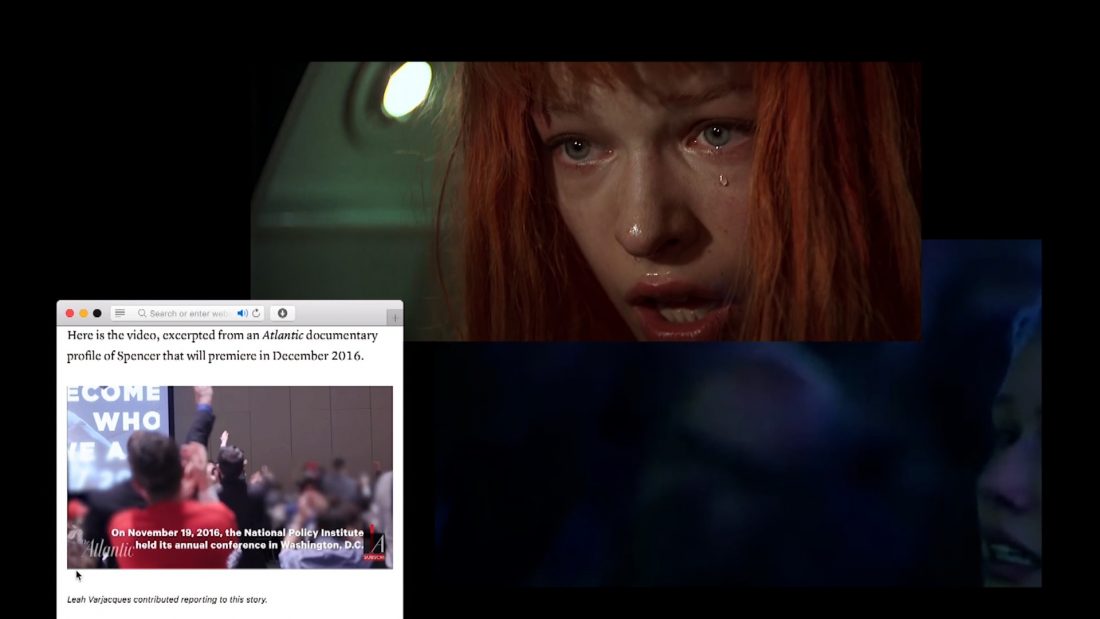 J. D. Salinger wrote once: one of the few things left in the world, aside from the world itself, that sadden me every day is an awareness that… Looking down on Earth, the phenomenon called the Overview Effect shifts astronauts’ perspective, causes intense dissatisfaction with the state of the world and urge to do something about it. Being constantly informed about everything that’s happening in the world make people worry either about things they can’t change or nothing but their own wellbeing. Only 50 grams, the estimated weight of the internet, of the information and thoughts, is enough to cause one’s helplessness.

Iva Durkáčová, graduating the Photography and New Media programme (MA) in the The Academy of Fine Art and Design (Bratislava, Slovakia), has participated in several international workshops and events, exhibited regularly in solo and group shows in Slovakia and abroad also as a member of the art collective dsk. co-founded in 2012. Her recent practice is characterised by the intermedia overlap and work with the found footage mainly from TV and film production. However, as she moved on from still to moving image once, her upcoming diploma project is based on original film and video material.