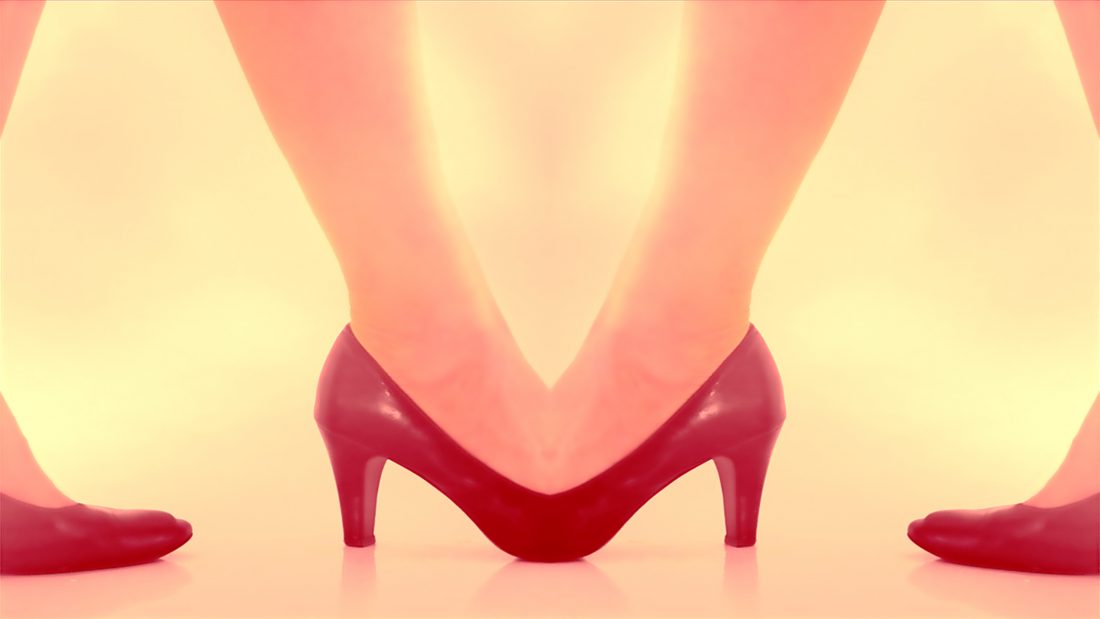 WW is a psychedelic, sci-ﬁ voyage into the darker recesses of consciousness. With its surrealist use of artiﬁce and doubling, the video combines abstracted imagery with footage of a nameless woman performing a sequence of precisely choreographed gestures within a conﬁned, futuristic space. This juxtaposition between the abstract and symbolic merges with an electronic sound score to create an unsettling investigation of the cataclysmic forces that underlie birth and death.

Jil Guyon is a multi-award winning visual and performing artist based in New York. Her performance-videos have been screened in theaters, cinemas, museums, galleries and concert halls around the world, including Lincoln Center’s “Dance on Camera” Festival, “Cinedanse Quebec,” “Fashion Art Toronto,” “Women and Fashion FilmFEST” (Best Experimental Film) at Symphony Space, NYC, “San Francisco Dance Film Festival,” and “NOW New Music Festival” among others. She is a Lumiere prize (Canada) nominee and a recipient of the IndieFEST, Global Shorts and Accolade Awards for Excellence in experimental ﬁlm.